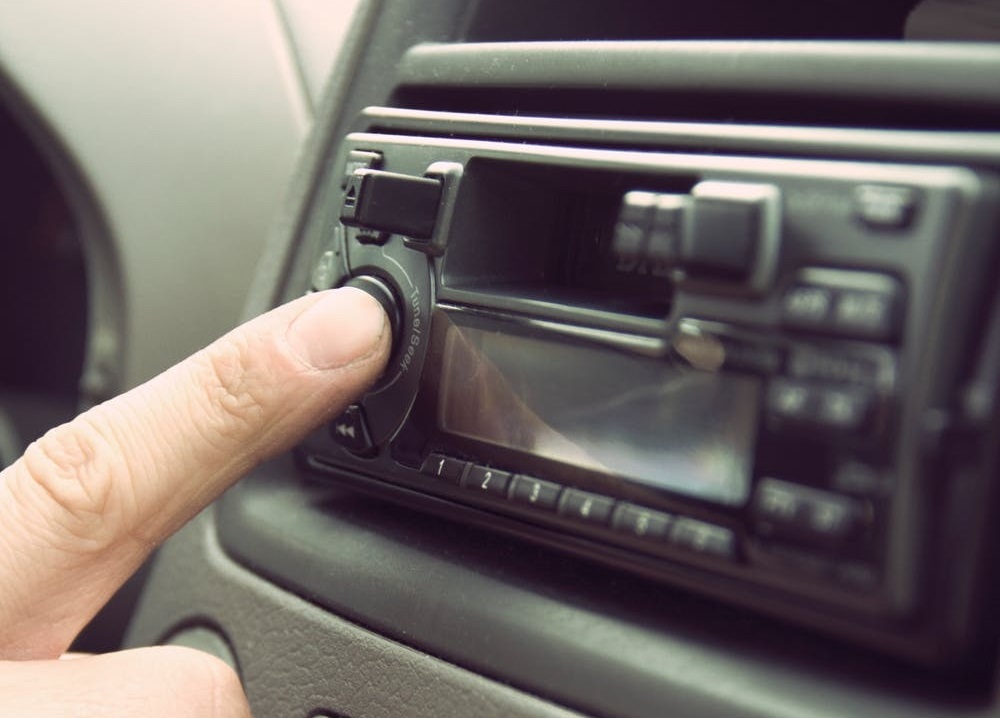 A Short History of the Car Radio

It’s hard to imagine a road trip nowadays without a soundtrack playing on your car’s stereo. In fact, music is a mainstay of pretty much any car trip, whether it’s a quick drive across town or a long-distance trek.

Of course, the way we listen to music – and the devices on which that music is played – has changed dramatically over time. It’s interesting to note that, when radio first came on the scene, it didn’t exactly receive a warm welcome. But then, the radios themselves bore little resemblance to the convenient in-dash systems we’ve come to know and love.

Radio began finding its voice in the early 1900s; according to archives at Union College in Schenectady, N.Y., the first radio program broadcast aired on Christmas Eve of 1906.

By 1919, Popular Mechanics was predicting that “practical and useful radio equipment for automobiles is not far away,” although the initial idea included miniature telephone poles on each corner of the car with antennas strung between the poles. (Somehow, that design never quite caught on.)

When the first car radio was invented

Chevrolet was the first to come up with an in-car radio, and it was neither compact nor cheap. The first car radio had an aftermarket add-on cost of $200 – comparable to about $2,734 today – and the antenna covered most of the roof of the car. The radio itself took up a significant amount of passenger space, but also required large batteries that were crammed under the front seat and large speakers that had to be mounted behind the back seat.

Still, despite its rudimentary and bulky design, it caught our attention; an article from the September 1922 edition of The Literary Digest exclaimed, “The installation of this equipment in the Chevrolet car is so simple we may expect to see many cars similarly equipped in the future.”

Custom-installed radios became available in 1926, but the costs were still the equivalent to a couple of thousand dollars today. In 1930, an engineer named Paul Galvin figured out that if he could just find a way to make the radios more affordable, he’d be rich. He found investors to fund his dream, retrofitted his Studebaker with his invention and then drove 800 miles to the annual meeting of the Radio Manufacturer’s Association in Atlantic City.

Parking his car outside the building, Galvin turned up the radio and started taking orders for his invention, which cost less than half of the others on the market. He named his company Motorola to conjure up the image of sound in motion, and it became one of the most successful early manufacturers of the in-car radio.

While many drivers embraced the new sounds in their cars, others were up in arms about the dangers they presented. Opponents of the sound system argued they distracted drivers and caused accidents. Other concerns were the music would lull drivers to sleep.

When the Auto Club of New York took a poll in 1934, 56 percent of its members called the radio a “dangerous distraction.” To counter their concerns, the Radio Manufacturer’s Association pointed out that radios could be useful in warning drivers about bad weather or helping to keep them awake when they were drowsy.

Obviously, the radio industry persevered. By the end of the 1930s, manufacturers were making radios safer by adding such features as push buttons that allowed drivers to hit pre-set stations instead of having to take their eyes off the road to tune in to their favorite broadcasts. By 1946, some nine million cars had radios.

As prices continued to drop and the technology became more streamlined, radios in cars became a standard feature. By 1963, more than 60 percent of all the cars on the road were outfitted with radios and about one-third of all radio listening was done in the car.

Since then, of course, we’ve seen the addition of in-dash eight-track players, cassette players, CD players and now MP3 docking stations. (Chrysler even had a short-lived experiment with in-dash hi-fi phonograph players in the 1950s.)

We’ve seen the advent of FM radio, satellite radio and streaming services. The technology will continue evolving, but probably what radios will never do is disappear from our cars.